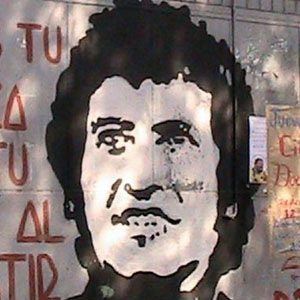 Víctor Jara is best known as a Folk Singer. Chilean theatre director and neo-folk singer who was in the music group Cuncumen. Víctor Jara was born on September 28, 1932 in Lonquen, Chile.

He was born to peasant farmers. He was already doing land labor when he was six years old due to his family’s poverty.