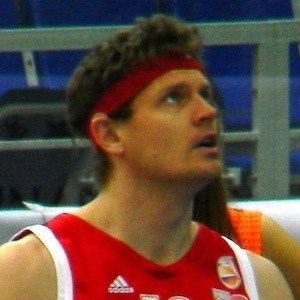 He was born and raised in Kranj, SR Slovenia, Yugoslavia. He first began playing basketball at the age of 14. At the age of 17, he signed his first contract with the professional team KD Slovan of Ljubljana.