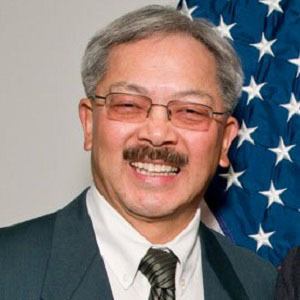 Ed Lee is best known as a Politician. After holding office as City Administrator of San Francisco, this Democratic Party politician became San Francisco’s forty-third Mayor in 2011 up until his death in 2017. Ed Lee was born on May 5, 1952 in Washington.

He and his five siblings grew up in Seattle, Washington, as the children of Chinese immigrants. His marriage to Anita Lee resulted in daughters named Brianna and Tania. Following his graduation from Bowdoin College (in Maine), he earned a law degree from the University of California, Berkeley.