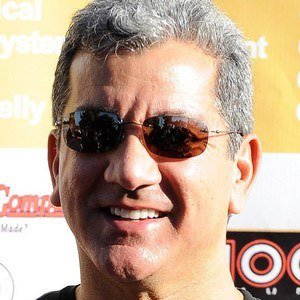 Bruce Buffer is best known as a TV Show Host. One-time kickboxer and professional poker player who became known as an announcer for Ultimate Fighting Championship (UFC) events. Also an entrepreneur, he served as CEO of a company called The Buffer Partnership. Bruce Buffer was born on May 21, 1957 in Tulsa, OK.

His brother Michael also became a ring announcer. As a teenager, he earned a black belt in tang soo do. He then spent a decade as a kickboxer but was forced to give up the sport as a result of complications from concussions.