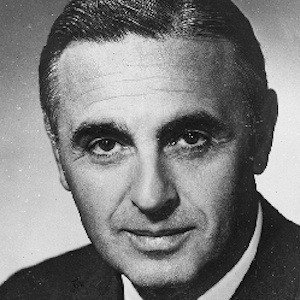 He was born in a working class neighborhood of New Britain, Connecticut, his father a factory worker. He worked in his childhood selling groceries and newspapers, and after high school made zippers and belt buckles in a factory to save up money for college.