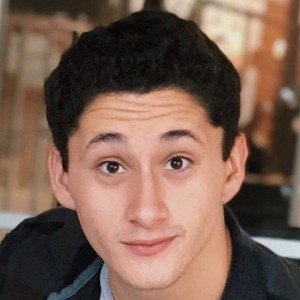 Zachary Ryan is best known as a TikTok Star. TikTok personality and creator who is recognized for having made a viral series of short form videos involving a shock lie detector device. He has amassed more than 2.7 million fans and over 81 million hearts on the platforms. Zachary Ryan was born on April 19, 2000 in Huntington Beach, CA.

He was born in Huntington Beach, California. His father passed away when he was young and he was raised by his grandparents. He has four sisters. His birth was documented on the TV series A Baby Story. He knew he wanted to be in the entertainment industry from the first time he picked up a camera. He began making YouTube videos at the age of ten.