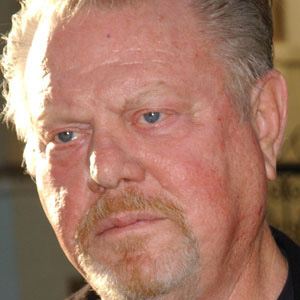 William Lucking is best known as a TV Actor. Screen actor known for his role as biker gang member Piney Winston on the television series Sons of Anarchy. He also appeared on NYPD Blue and The A-Team. William Lucking was born on June 17, 1941 in Vicksburg, MI.

After his first wife Mimi’s death from cancer, he married Sigrid Insull. He graduated with degrees in literature and theater from the University of California-Los Angeles and also trained and performed at the Pasadena Playhouse.