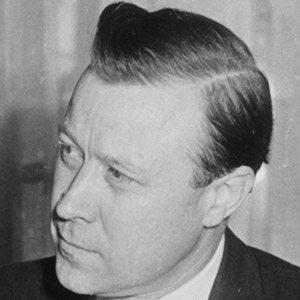 Walter Reuther is best known as a Activist. A leader of the United Auto Workers, he turned the labor union into a major force in American business, culture, and politics. Walter Reuther was born on September 1, 1907 in West Virginia.

He grew up in Wheeling, West Virginia and his father was also a socialist, who emigrated from Germany. He was an apprentice tool and dye maker at 19 years of age, and after going on to college he spent time touring the Soviet Union learning how their production process works.