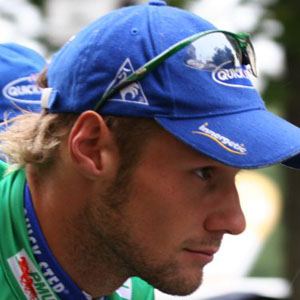 Tom Boonen is best known as a Cyclist. Race-winning Belgian road cyclist who competed professionally from 2002 to 2017. He won both the Paris-Roubaix and the Tour of Flanders multiple times. Tom Boonen was born on October 15, 1980 in Mol, Belgium.

He has a pair of twin daughters named Valentine and Jacqueline. He was born in Mol, Belgium.