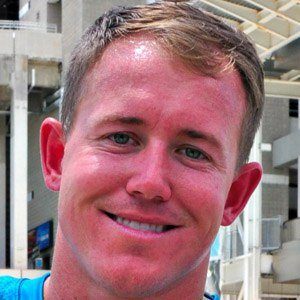 Toby Gerhart is best known as a Football Player. NFL running back who was chosen in the 2nd round of the 2010 NFL draft by the Minnesota Vikings, after a successful career at Stanford University. Toby Gerhart was born on March 28, 1987 in California.

He is the oldest of six children, and one of his brothers Garth, is an NFL offensive lineman. He was a star at Norco High School, where he set a California record for most rushing yards in a career, before attending Stanford, where he was the 2009 Pac-10 Offensive MVP.