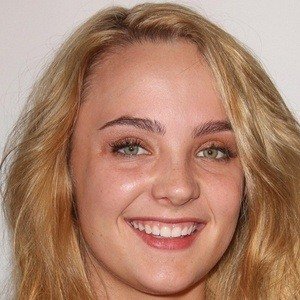 Her mother’s name is Debra Weeks. She made her screen debut in 2012 appearing in the miniseries The Gamblers: The Ledge.