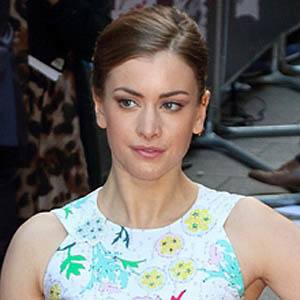 Stefanie Martini is best known as a TV Actress. First known for her role in Doctor Thorne, she went on to have prominent recurring roles in the 2017 shows Emerald City and Prime Suspect 1973. Stefanie Martini was born on October 6, 1990 in England.

She has a sister named Heidi. She made her acting debut in a 2016 episode of Endeavour.