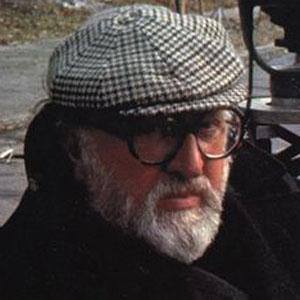 Sergio Leone is best known as a Director. Legendary Italian film director best known for directing the classic spaghetti Western films A Fistful of Dollars, For a Few Dollars More, and The Good, The Bad, and The Ugly, all of which starred the great Clint Eastwood. Sergio Leone was born on January 3, 1929 in Rome, Italy.

He had three children named Francesca, Raffaella and Andrea with his wife Carla Leone. He worked as an film assistant to director Vittorio De Sica on the 1948 neorealism film Bicycle Thieves.