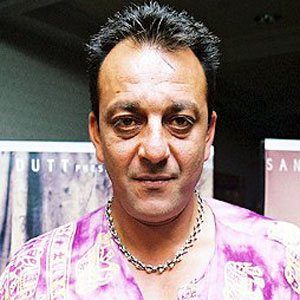 Sanjay Dutt is best known as a Movie Actor. Indian film actor and producer also known for his political endeavors. In 2013 he was convicted of illegal possession of arms relating and was sentenced to five years imprisonment. He was released in February 2016. Sanjay Dutt was born on July 29, 1959 in Mumbai, India.

He was married to actress Richa Sharma from 1987 until her death in 1996. They had one daughter. He married Rhea Pillai from 1998-2005. He married Manyata Dutt in 2008. They have twin daughters, Shahraan and Iqra Dutt. He started starring in films at a very young age because his parents were both film actors and made his debut in the 1972 film Reshma Aur Shera, which starred his father.