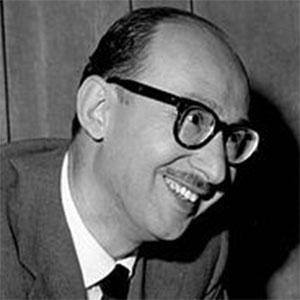 Sammy Cahn is best known as a Songwriter. Known for songs such as Come Fly with Me and Love and Marriage. He was covered by numerous singing legends and used across multiple media. Sammy Cahn was born on June 18, 1913 in New York City, NY.

He was first married to vocalist and former Goldwyn girl Gloria Delson in 1945, with whom he fathered two children. He married his second wife, Virginia Tita Basile, in 1970. He was a restaurant cashier, played violin in a theater-pit orchestra, worked at a meat-packing plant, and had other jobs as a tinsmith, freight-elevator operator, and bindery porter.