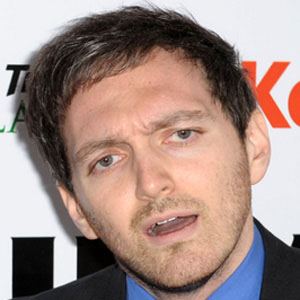 Rafi Fine is best known as a YouTube Star. One of the two brothers that make up the YouTube comedy duo known as the Fine Brothers who have worked with notable networks and companies including Warner Bros, Comedy Central, and MTV. They have been featured in Variety, the New York Times, and other major publications. Rafi Fine was born on June 9, 1983 in Brooklyn, NY.

He grew up in Brooklyn and attended both Dickinson College and Hunter College, earning a degree in film from the latter institute. He has an older sister. He and his brother Benny Fine began making festival worthy feature films together in high school. They continued their success later on, winning Daytime Emmys, Streamys, and Webbys.