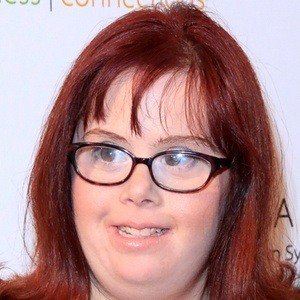 Rachel Osterbach is best known as a Reality Star. Reality star known for being a member of the cast of Born This Way, an Emmy-winning series on A&E about several adults dealing with life with Down syndrome. Rachel Osterbach was born on December 14, 1982 in United States.

Her mother’s name is Laurie. She was working in a mailroom for an insurance company when she joined the cast of Born This Way.