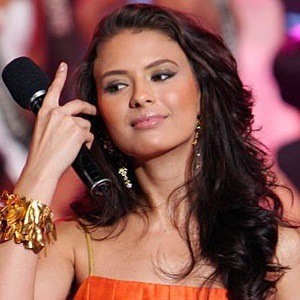 Priscilla Meirelles is best known as a Model. Brazilian model, host and actress who became known after being crowned Miss Earth 2004. She previously won Miss Globe 2003. She went on to become a co-host of Miss Earth from 2006 to 2009. She was also host of the travel show, This is Life on Studio23. Priscilla Meirelles was born on September 5, 1983 in Manaus, Brazil.

She married actor and model John Estrada in March 2011. They have a daughter named Samantha. She entered her first beauty pageant in 2001 and was crowned Rainha do Peladao.