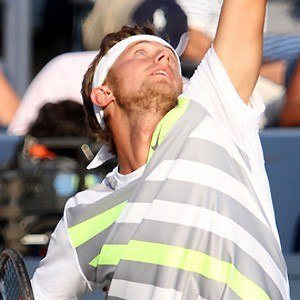 Peter Polansky is best known as a Tennis Player. He started playing in the Davis Cup for Canada in 2007, which was the same year that he won his first ITF tournament. Peter Polansky was born on June 15, 1988 in Canada.