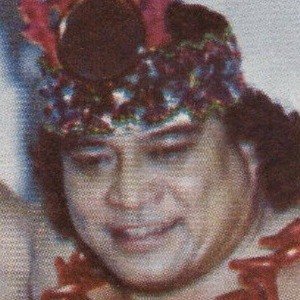 Peter Maivia is best known as a Wrestler. The ‘High Chief’ won the NWA World Tag Team Championship, and was inducted in 2008 into the WWE Hall of Fame. Peter Maivia was born on April 6, 1937 in Samoa.

His grandson Dwayne ‘The Rock’ Johnson became a famous wrestler and actor. He tattooed his abdomen and legs with tribal tattoos, to signify his high chief status.