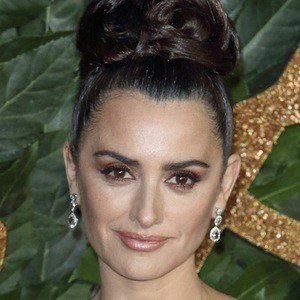 Penélope Cruz is best known as a Movie Actress. Spanish actress who won the Academy Award for Best Supporting Actress for her role as Maria Elena in the 2008 film Vicky Cristina Barcelona. She also played leading roles in the films Volver, Vanilla Sky, Blow, Zoolander 2 and All the Pretty Horses. Penélope Cruz was born on April 28, 1974 in Alcobendas, Spain.

She dated Tom Cruise and Matthew McConaughey before marrying Javier Bardem in 2010. She and Javier had a son named Leo and a daughter named Luna. She studied classical ballet for nine years, and signed with an acting agent when she was 15.