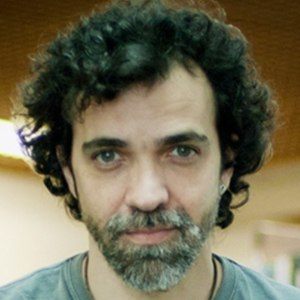 Paulinho Moska is best known as a Guitarist. Brazilian singer-songwriter, actor, and guitarist. He’s known for his songs such as “Pensando Em Você”, “A Idade do Céu”, and “Namora Comigo”. Paulinho Moska was born on August 27, 1967 in Rio de Janeiro, Brazil.

His wife is the actress Larissa Bracher. The couple has a son named Antonio Araujo. He began playing guitar at the age of 13 years old. He studied theater and cinema at Casa de Artes de Laranjeiras.