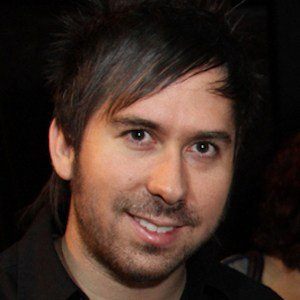 Pablo Hurtado is best known as a Guitarist. Guitarist best known as a member of the Mexican pop-rock band Camila, who found great popularity in their home country with their 2006 debut, Todo Cambió. He has been sponsored by PRS Guitars. Pablo Hurtado was born on August 29, 1981 in Mexico City, Mexico.

He was born in Mexico City. He grew up in San Luis Potosí, Mexico and studied music at Academia de Musica Fermatta. He joined Camila in 2005.