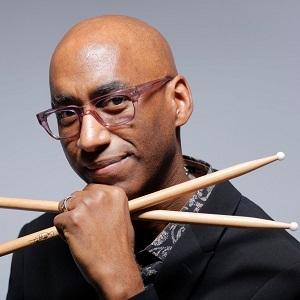 Omar Hakim is best known as a Drummer. Jazz drummer known for working with such artists as Mariah Carey, Weather Report and Daft Punk. His first solo album “Rhythm Deep” received a Grammy nomination in 1990. Omar Hakim was born on February 12, 1959 in New York City, NY.

His father Hasan Hakim, also known as Alphonso King, was a trombonist who performed alongside such legendary musicians as Duke Ellington, Count Basie and Louis Armstrong. He became a professional drummer when he was ten as a member of his father’s band, Hasan and the Nomads. He attended Fiorello H. LaGuardia High School of Music & Art and Performing Arts.