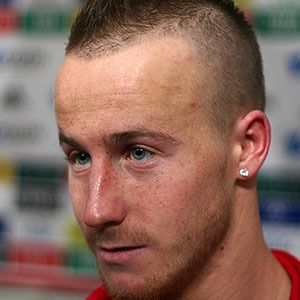 Miroslav Stoch is best known as a Soccer Player. Slovakian soccer player who has played winger for Slovakia Prague since 2017. Amongst other clubs, he has also played for Chelsea, Twente, and Bursaspor. He was in the Slovakian squad for the 2010 FIFA World Cup. Miroslav Stoch was born on October 19, 1989 in Slovakia.

His parents are Mária Stochová and Miroslav Stoch Sr. He began dating Pauli Bedžeti in 2015. Their son, Tobias, was born in March 16, 2017. He began playing as a child in his local club, Nitra. He was signed to Nitra’s first team when he was 15, but the Slovak First League age restrictions meant he couldn’t play until he was 16.