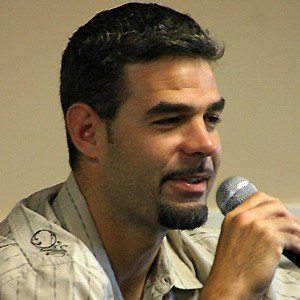 Mike Lowell is best known as a Baseball Player. Four-time All-Star third baseman was named the World Series MVP with the Boston Red Sox in 2007; also won a World Series Championship with the Florida Marlins in 2003. Mike Lowell was born on February 24, 1974 in San Juan, Puerto Rico.

He had a son and daughter with his wife Bertica. He recovered from testicular cancer in 1999 to continue his career in baseball.