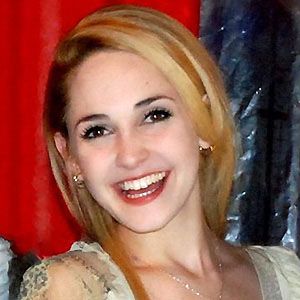 Mercedes Lambre is best known as a TV Actress. Argentinian actress who won a Kids’ Choice Award for playing Ludmila in the Disney TV series Violetta. She went on to become the star of Heidi, bienvenida a casa in 2017. Mercedes Lambre was born on October 5, 1992 in Buenos Aires, Argentina.

She was born in Buenos Aires. She dated Pablo Espinosa in the early 2010s. She began her career as a model in Argentina.