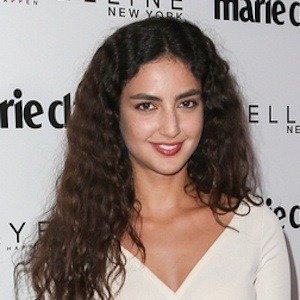 Medalion Rahimi is best known as a TV Actress. Cast member of the ABC series Still Star-Crossed in the role of Princess Isabella who has also been featured on the silver screen in films including Before I Fall and XOXO, among others. Medalion Rahimi was born on July 15, 1992 in Los Angeles, CA.

She is Iranian-American and also of Russian ancestry. Her mother Fariba Rahimi is a Jewish lawyer and her father Kiumars Rahimi is a Muslim dentist. She has an older brother named Farmon, and younger sister, Lila. She was modeling at the young age of 4 and took a number of dance and performing arts classes. She majored in theater and minored in English at UCLA where she performed on stage in productions of Medea and Georgie Peorgie.