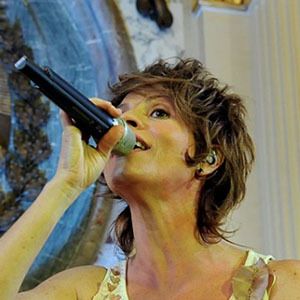 Marcela Morelo is best known as a Pop Singer. Renowned singer who is the mind and voice behind hits like “Corazón Salvaje,” “La Fuerza del Engaño” and “Ponernos de Acuerdo.” She released her debut album, Manantial, in 1997, and has since released nearly a dozen records, every one of which has either gone gold or platinum. Marcela Morelo was born on December 13, 1964 in Lanus, Argentina.

Her father is Edgardo Morello. She married music producer Rodolfo Lugo in 2014 after a 20 year long relationship. They have adopted three children. She began studying classical guitar when she was 7 years old. She started composing songs and performing in pubs around Buenos Aires at age 18.