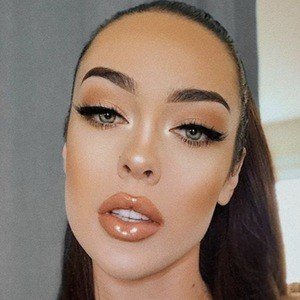 Maddie Carina Ciciliot is best known as a YouTube Star. Social influencer elevated to that position through her relationship with Of Mice & Men guitarist Alan Ashby. The two were very involved on social media and were a popular couple on Tumblr until their breakup in 2014. Maddie Carina Ciciliot was born on September 27, 1993 in Idaho.

She has lived in Southern California. Her father’s side of the family is Italian, hence her last name. She has as sister named Mia. She decided not to go to college after graduating high school because she didn’t know what she wanted to do and felt like it was not smart to spend money on school until she did.