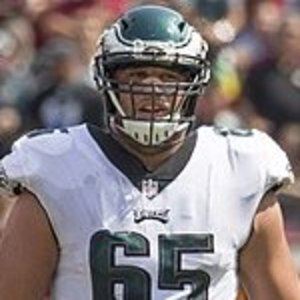 Lane Johnson is best known as a Football Player. NFL offensive lineman who was the fourth overall pick of the 2013 NFL Draft, going to the Philadelphia Eagles. In 2016, he signed a six-year extension with the team which included more than $35 million in guaranteed money. Lane Johnson was born on May 8, 1990 in Groveton, TX.