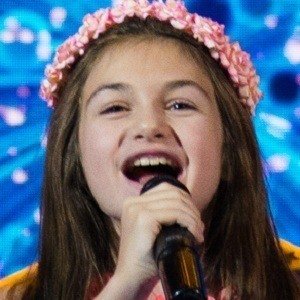 Krisia Todorova is best known as a Pop Singer. Bulgarian singer who rose to fame after placing second at the 2014 Junior Eurovision Song Contest. With twins Hasan & Ibrahim Ignatov, she represented her home country with the song “Planet of the Children.” Krisia Todorova was born on June 1, 2004 in Varna, Bulgaria.

She has sisters named Tiffany and Marina, and her parents are named Angelina and Marin. She first gained attention through her appearance on the talk show Slavi’s Show and later, Meet the Kids.