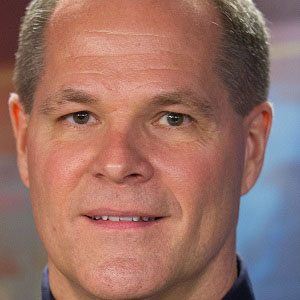 Kevin A Ford is best known as a Astronaut. United States Air Force officer and test pilot and National Aeronautics and Space Administration (NASA) astronaut. He participated in several space missions, including STS-128, Soyuz TMA-06M, and Expeditions 33 and 34. Kevin A Ford was born on July 7, 1960 in Indiana.

He was born in Indiana to Barbara and Clayton Ford. His marriage to Kelly Bennett produced a son and a daughter. He received degrees in aerospace engineering from the University of Notre Dame (B.S.), the University of Florida (M.S.), and the Air Force Institute of Technology (Ph.D.).