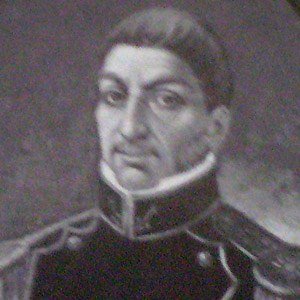 He was married to Maria Sandalia Perez Rico, with whom he had a son named Luis Alberto. He joined the Navy in both France and England and also worked as a privateer for the Netherlands.