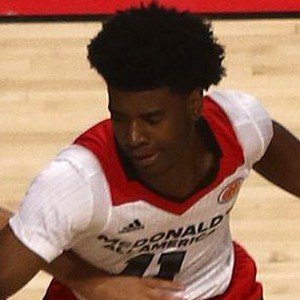 Josh Jackson is best known as a Basketball Player. Forward who was selected 4th overall in the 2017 NBA Draft by the Phoenix Suns. He played one year of college basketball at the University of Kansas, helping the Jayhawks reach the Elite Eight of the 2016-17 NCAA Tournament. Josh Jackson was born on February 10, 1997 in San Diego, CA.

His mother’s name is Apples Jones. He lost his father to a heart attack when he was a junior in high school. He played his first two years of high school ball at Consortium College Prep in Michigan, leading the team to a state title as a sophomore. He then transferred to Justin-Siena High School for his junior and senior years.