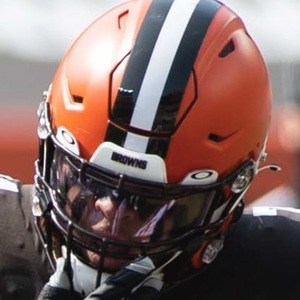 Jedrick Wills Jr. is best known as a Football Player. Offensive tackle for the Cleveland Browns who was a first-round pick in the 2020 NFL Draft. He was the 10th overall pick. He has played football for the University of Alabama. Jedrick Wills Jr. was born on May 17, 1999 in Lexington, KY.

He was born and raised in Lexington, Kentucky. He has attended Lafayette High School and was rated the top college prospect in Kentucky. He played in the Under Armour All-America Game his junior and senior year of high school.

More Celebrities born on May 17