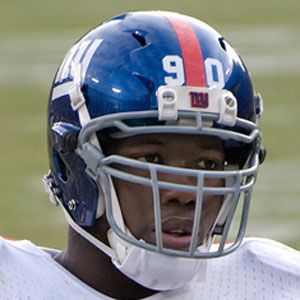 Jason Pierre-Paul is best known as a Football Player. NFL defensive end who was a first-round pick of the New York Giants in the 2010 NFL Draft. He was selected to his first Pro Bowl in 2011 and won the Super Bowl with New York in 2012. Jason Pierre-Paul was born on January 1, 1989 in Deerfield Beach, FL.

He grew up with two siblings, Herbie and Nadie, in Deerfield Beach, Florida. He was named an All-American in 2009 while playing for the University of South Florida.