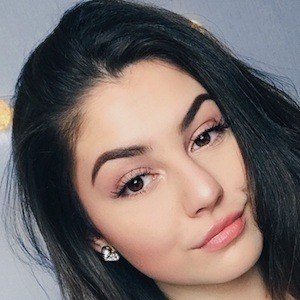 Jasmina Stambolic is best known as a YouTube Star. Bosnian vlogging personality who is widely known for her self-titled YouTube channel’s content. She has gained popularity there for her beauty hauls and tutorials, personal vlogs, and challenge completions. Jasmina Stambolic was born on April 17, 1998 in Bosnia and Herzegovina.