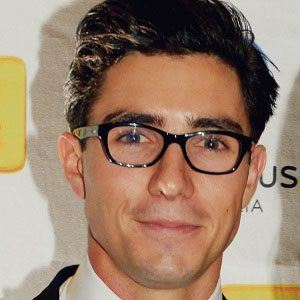 Jared Daperis is best known as a TV Actor. Famous for his starring role in the Australian crime drama Underbelly: Squizzy, he is also notable for his portrayal of Charlie Street in Miss Fisher’s Murder Mysteries, as well as for his work in the 2008 film Playing for Charlie. Also a stage actor, he appeared in Australian productions of the musicals Oliver! and The Full Monty. Jared Daperis was born on August 18, 1990 in Australia.

He and his brother and fellow television actor, Daniel Daperis, were born and raised in Melbourne, Australia. Before launching his screen acting career, he trained at New York City’s Stella Adler Studio.