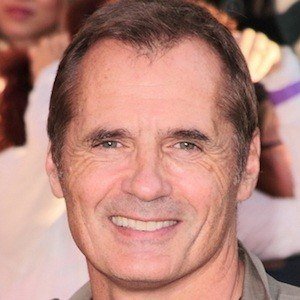 James C. Burns is best known as a Voice Actor. Screen and voice actor best recognized as the voice of Frank Woods in the popular video game franchise Call of Duty: Black Ops. He has also had numerous film and television credits, earning recurring roles as Vaughn on the Young and the Restless and portraying Agent Grabinsky in the mini-series Prison Break: Proof of Innocence. James C. Burns was born on February 25, 1959 in Pittsfield, MA.

He is originally from Pittsfield, Massachusetts. He earned one of his first acting credits in 1986 starring in a skit on Saturday Night Live.