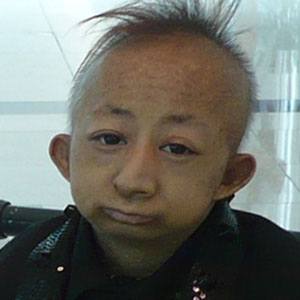 He Pingping is best known as a Celebrity. Chinese man who held the distinction of being the shortest man in the world able to walk. This was due to a disease called osteogenesis imperfecta. He Pingping was born on July 13, 1988 in Ulanqab, China.

His two sisters both developed normally. He was small enough at birth to fit into his parents’ palms, according to his father.