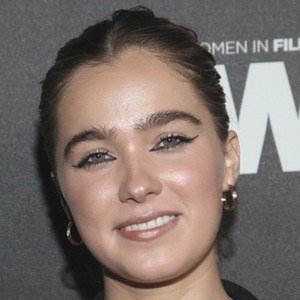 Haley Lu Richardson is best known as a TV Actress. TV actress notable for her roles in Ravenswood, Recovery Road, The Edge of Seventeen and Split. She also starred as Stella in the 2019 film Five Feet Apart. Haley Lu Richardson was born on March 7, 1995 in Phoenix, AZ.

She was born in Phoenix, Arizona to Forrest and Valerie. She began dating Brett Dier in 2014 and the two got engaged in 2019. She attended Arcadia High School where she participated in theater productions and dance prior to moving to Los Angeles.