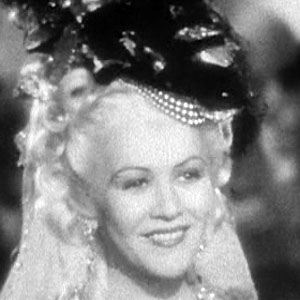 Gladys George is best known as a Movie Actress. She became known for her roles in The Maltese Falcon and Valiant is the World for Carrie, which earned her an Academy Award nomination. Gladys George was born on September 13, 1904 in Patten, ME.

She was married to Kenneth Carlson Bradley from 1946 to 1951. She appeared on stage with her parents at age three.