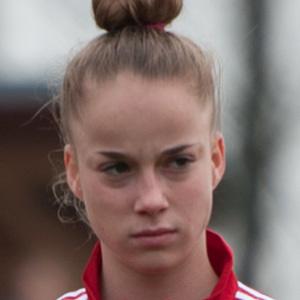 Giulia Gwinn is best known as a Soccer Player. Midfielder who has gained fame for her career in German association soccer, including for FC Bayern Munich beginning in 2019. She was named the 2019 FIFA Women’s World Cup’s best young player as part of the German women’s squad. Giulia Gwinn was born on July 2, 1999 in Germany.

She is the youngest of four kids. She was eight years old when she began her youth soccer career with TSG Ailingen. She made her pro debut in 2015 with SC Freiburg II.