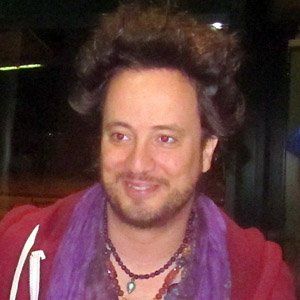 Giorgio Tsoukalos is best known as a TV Show Host. Best known for producing and hosting the Ancient Aliens documentary television series, this TV personality and writer maintained a passionate belief in the pseudo-scientific theory that alien astronauts made contact with early humans. Giorgio Tsoukalos was born on March 19, 1978 in Lucerne, Switzerland.

He was born in Switzerland to Greek parents, and is fluent in five languages. He studied communications and sports journalism at New York’s Ithaca College and went on to direct The Center for Ancient Astronaut Research.