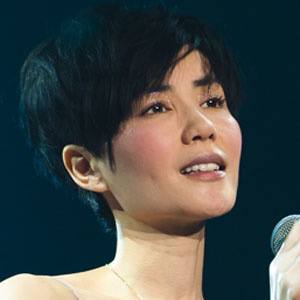 Faye Wong is best known as a Pop Singer. Singer-songwriter and actress who sang “Fragile Woman” and has collaborated with many international artists. Faye Wong was born on August 8, 1969 in Beijing, China.

Her father was a mining engineer and her mother was a renowned music soprano. She married musician Dou Wei in 1996 and welcomed a daughter Dou Jingtong in 1997. After their divorce she married actor Li Yapeng in 2005 and welcomed a daughter, Li Yan, in 2006. They divorced in 2013. She produced and released six albums of cover songs while in high school, all in cassette tape form.