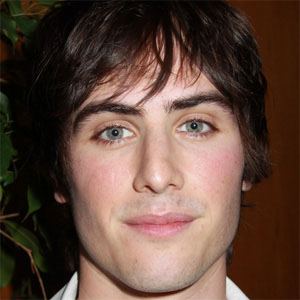 Edmund Entin is best known as a TV Actor. Played the role of Robin Stanton in The Seeker: The Dark is Rising, alongside Ian McShane. Edmund Entin was born on December 10, 1985 in Miami, FL.

He has a twin brother named Gary who is also an actor. He studied at the Pembroke Pines Theater of the Performing Arts.