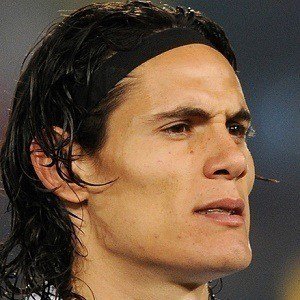 Edinson Cavani is best known as a Soccer Player. Uruguayan striker who joined Paris Saint-Germain in 2013 after spending three years with Napoli. He later began playing for Manchester United in 2020. He became a member of the Uruguayan national team in 2008. Edinson Cavani was born on February 14, 1987 in Salto, Uruguay.

His older brother, Walter Guglielmone, also became a professional soccer player. He had two sons with Maria Yarrus, to whom he was married from 2007 to 2014. He first gained interested from scouts after his strong showing in the 2007 South American Youth Championship.