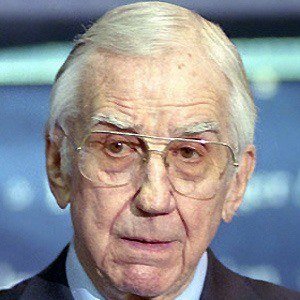 Ed McMahon is best known as a TV Show Host. Johnny Carson‘s TV partner who later went on to host the television show Star Search. He was once called the best sidekick for a TV show host ever. Ed McMahon was born on March 6, 1923 in Detroit, MI.