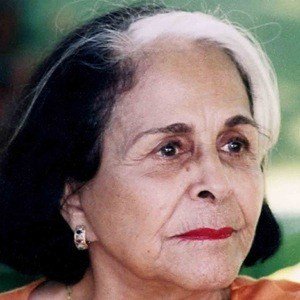 Dede Mirabal is best known as a Activist. Dominican revolutionary whose three sisters were assassinated on November 25, 1960 for opposing the regime of dictator Rafael Trujillo. She escaped death on that fateful day and later opened a museum in her sisters’ honor. Dede Mirabal was born on March 1, 1925 in Dominican Republic.

Her husband, Jaimito, discouraged her from becoming involved in her sisters’ revolutionary activities; however, she ultimately could not be dissuaded from actively opposing Trujillo’s violent regime. She and her three sisters formed an anti-Trujillo organization called the Movement of the Fourteenth of June.